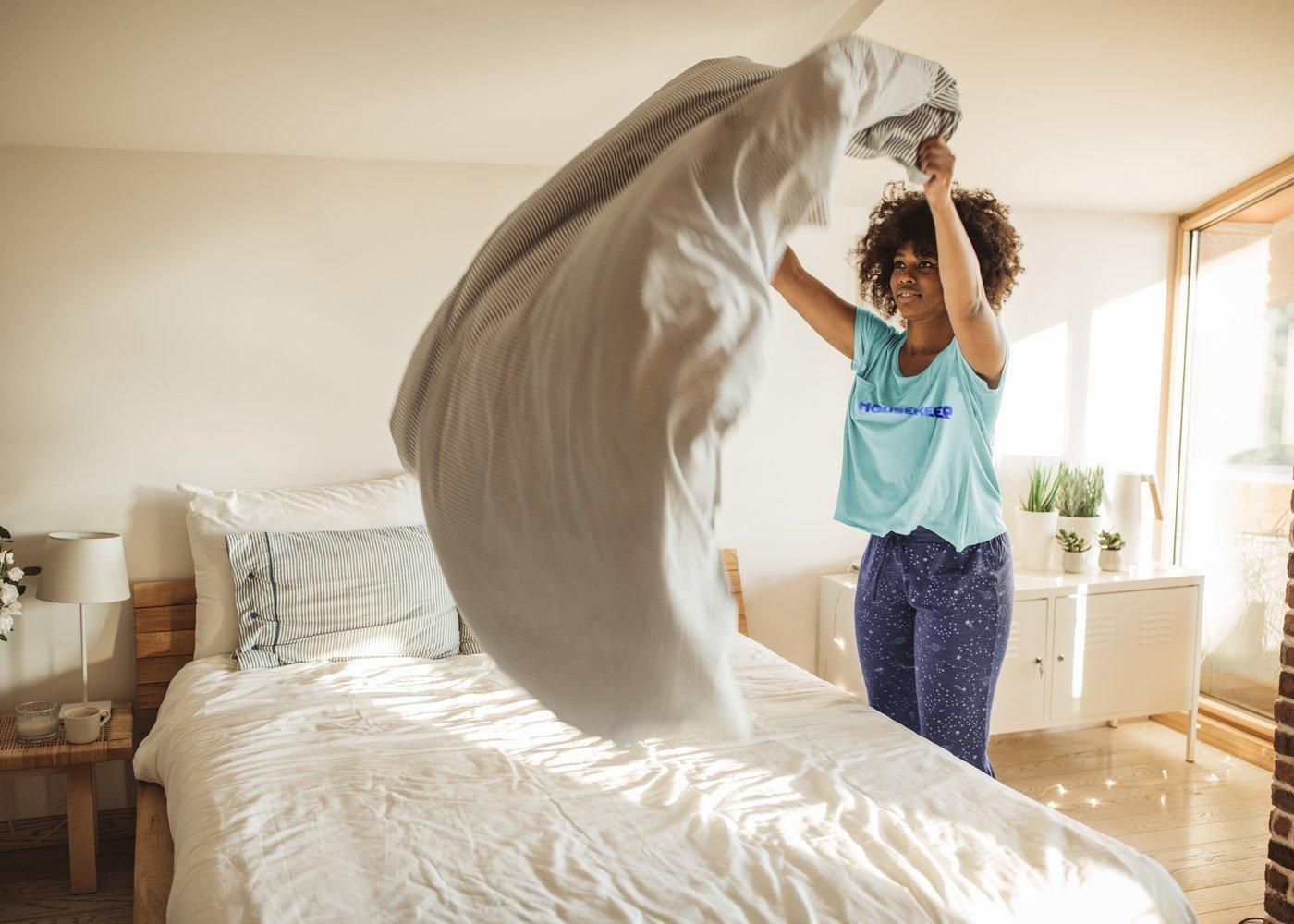 5* service. Vetted cleaners. All managed online. This is housework that works.

We’ll match you with the best cleaner in your area

2. Tell us about your home

Schedule an arrival time that suits you

Add extra instructions for your cleaner in your online account

Get a 5-star cleaner

Every cleaner is English-speaking, friendly and reliable. They've been vetted, background-checked & rated 5-stars

When you book a recurring weekly or fortnightly clean, you can change your cleaner or cancel your cleans at any time

What you get with Housekeep

What’s included in a clean?

Oven cleaning, inside the fridge, laundry, ironing, doing the dishes – your wish is our command. Add extra tasks in seconds through your online account.

Last minute addition? Forgotten something? You can send notes and instructions straight to your cleaner’s mobile app.

Which service should I choose?

Areas we cover in Kensington & Chelsea

All Housekeepers have at least 6 months’ experience in professional cleaning and ironing.

We interview every cleaner in person and do an 8-step background check.

We collect reviews and feedback from every clean to make sure cleaners are 5* quality.

We support Housekeepers 7 days a week and help them travel between jobs faster.

“We were pleased to have Greta cleaned today after a couple of bad experiences where the standard was not as high as we would expect. We were very content with our clean that were ready to re-book straightaway. Greta was also a breath of fresh air: friendly, courteous & capable worthy of Housekeep's 5 stars!.”

“Vincia did a great jog cleaning the apartment today! She was quick and thorough, the flat is spotless! I would definitely book her again!.”

“Jane is great. We're really looking forward to her next visit and working with her. She's certainly going to keep us up to the mark ! Just one thing we'd be really grateful if Housekeep could re-arrange Jane's starting time to be between 10-11am please..”

“Rayane was very personable and friendly and the flat was cleaned to a very high standard. I'm very happy with the service she provided..”

“Emma is a delight; she arrived a little before her official time; she is polite, cheerful, and quietly applies herself to the task requested. We are very happy with both her work and her presence. Hilary Camden.”

Housekeep cleans up in Kensington & Chelsea

Kensington & Chelsea is an inner borough in the west of London. It’s one of London’s best known and smallest boroughs, home to the Harrods department store and Notting Hill Carnival.

The area of Kensington & Chelsea is one of London’s most famous. The borough has two UK parliamentary constituencies, being Kensington and Chelsea & Fulham. The area benefits from excellent local and cross London transport links. There are 12 tube stations servicing the area at South Kensington, Gloucester Road, Kensington High Street, Earl's Court, Sloane Square, West Brompton, Kensington Olympia, Notting Hill Gate, Holland Park, Latimer Road, Knightsbridge, Westbourne Park, Ladbroke Grove and Kensal Green. However, transport is generally better in Kensington than in Chelsea. There is a good bus service throughout though, including Chelsea, for example on the King’s Road, Fulham Road and Kensington High Street.

As well as tourists, Kensington and Chelsea is known for its affluent residential crowd. This means that daily housekeepers are in high demand for the big homes, whilst weekly or fortnightly cleaners are booked up by residents in the mansion blocks. Housekeep cleaners already have 1000s of happy customers in the area!

This week’s top Housekeeper is Dario. Dario cleans in the West London boroughs of Kensington & Chelsea and Hammersmith & Fulham, with customers in ...

This week’s Housekeeper of the Week is Julie, who cleans in the West & South West London boroughs of Hammersmith & Fulham and Kensington & ...

This week’s Housekeeper of the Week is Foussena, who cleans in the North West & West London boroughs of Kensington and Chelsea, Westminster, Hammersmith and ...

Cleaners and tradespeople for every job

Here for you every day

You can also call or chat with your cleaner directly, through your online account.

Ready to get started?