Cleaning and tradespeople services are open. Click for more information

Last week, the Housekeep Team took to the streets & parks of Islington to join in with the Great British Spring Clean.

The Great British Spring Clean is an annual initiative run by the charity, Keep Britain Tidy. The event encourages people to get out and clean their local streets, parks & beaches.

The Housekeep Team left the office armed with litter pickers, gloves, recycling bags & rubbish bags. We split into smaller groups, cleaning Spa Fields, Clerkenwell Green & the grounds of St. James’ Church - plus all of the streets in between.

The Housekeep Team in the grounds of St. James's Church, Clerkenwell

What is Keep Britain Tidy? And what's the Great British Spring Clean?

The Great British Spring Clean is one of a number of initiatives that the charity runs, encouraging litter heroes to “pledge to pick” in their local area across a two-week period.

This year, over 1,000,000 miles of litter picking have already been pledged by the public, smashing the charity’s million-mile mission.

The 2021 Great British Spring Clean is running until the 13th June - so it’s not too late to join in.

How can I get involved in the Great British Spring Clean?

It’s super simple to get involved. Simply head to the Keep Britain Tidy website, here, and “pledge to pick”. You can join the efforts right up until 13th June 2021.

All you need to pick is some gloves, as well as recycling & litter bags. Plus you can also use a litter picker too if you’d like.

If you’re getting involved in a large group as we did, you should contact your local council to arrange drop-off and collection of rubbish bags.

We’re running a special offer for all London-based litter heroes. If you send us a picture of you cleaning up your local area, we’ll give you a special offer.

To receive your offer, simply tag @housekeep_cleaners in your Instagram pics. We’ll then send you a DM with your special offer. 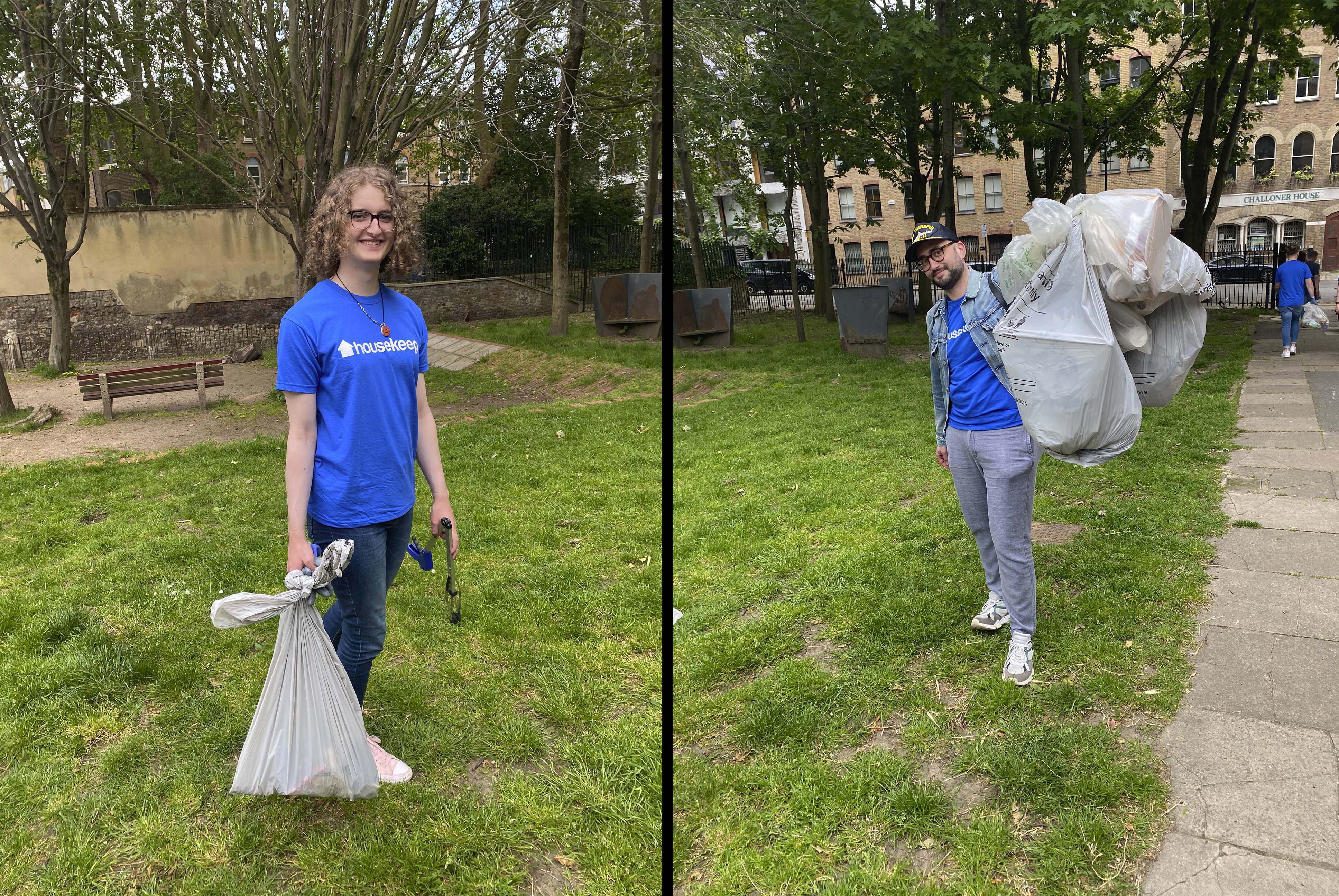 Two of our litter heroes, Amy & Mattia, out in the grounds of St. James's Church, Clerkenwell 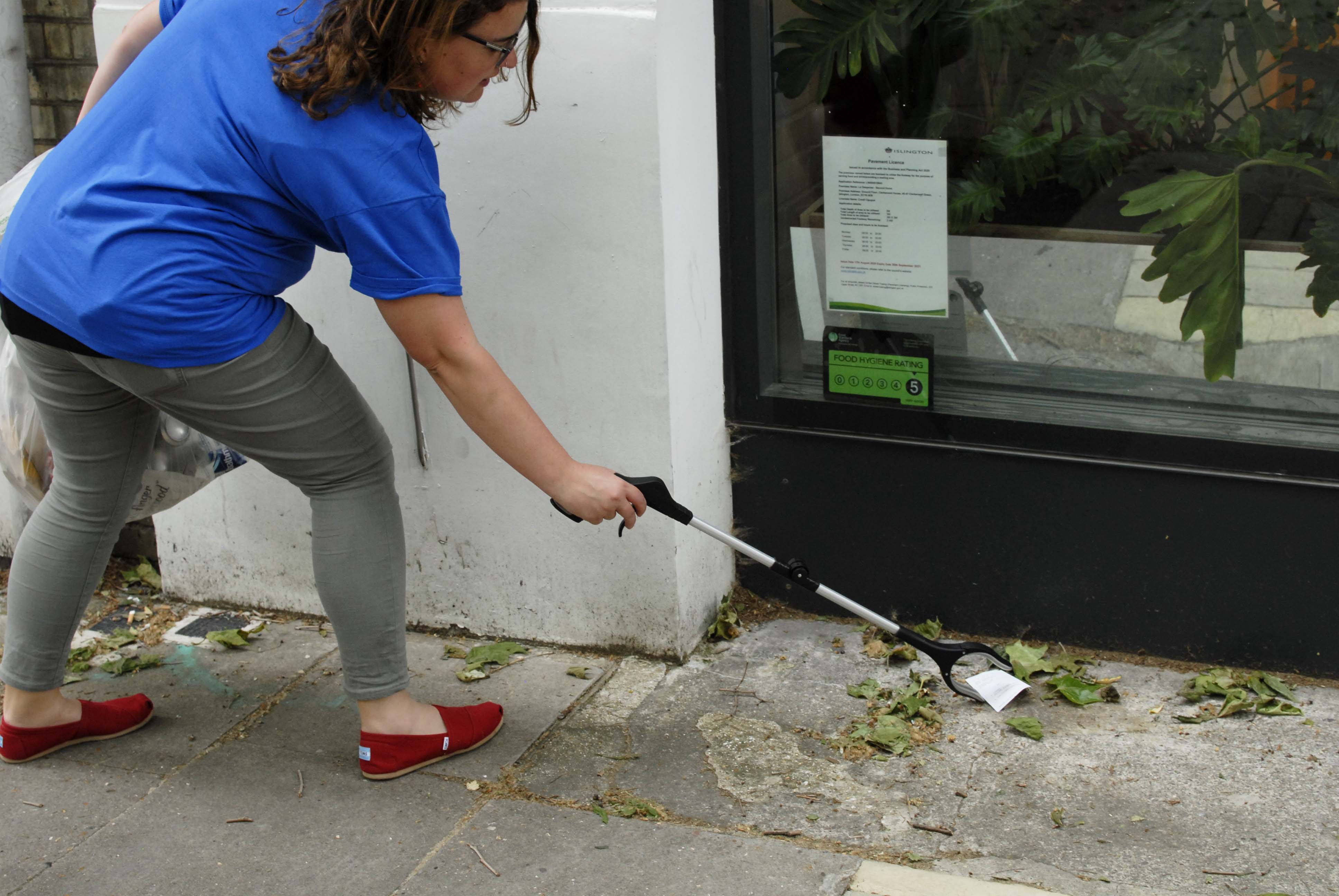 Team lead, Ruth, litter picking on the streets of Farringdon 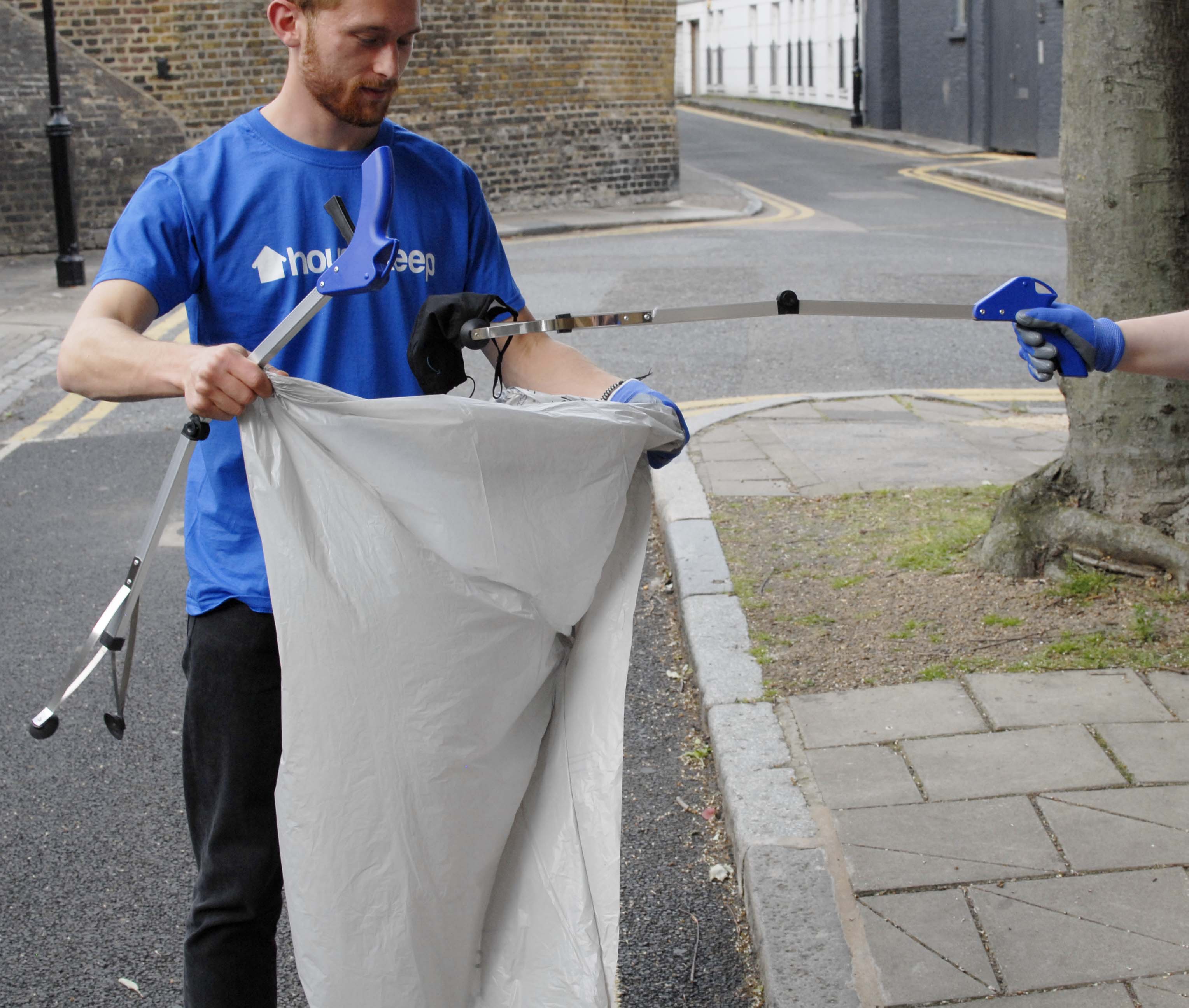 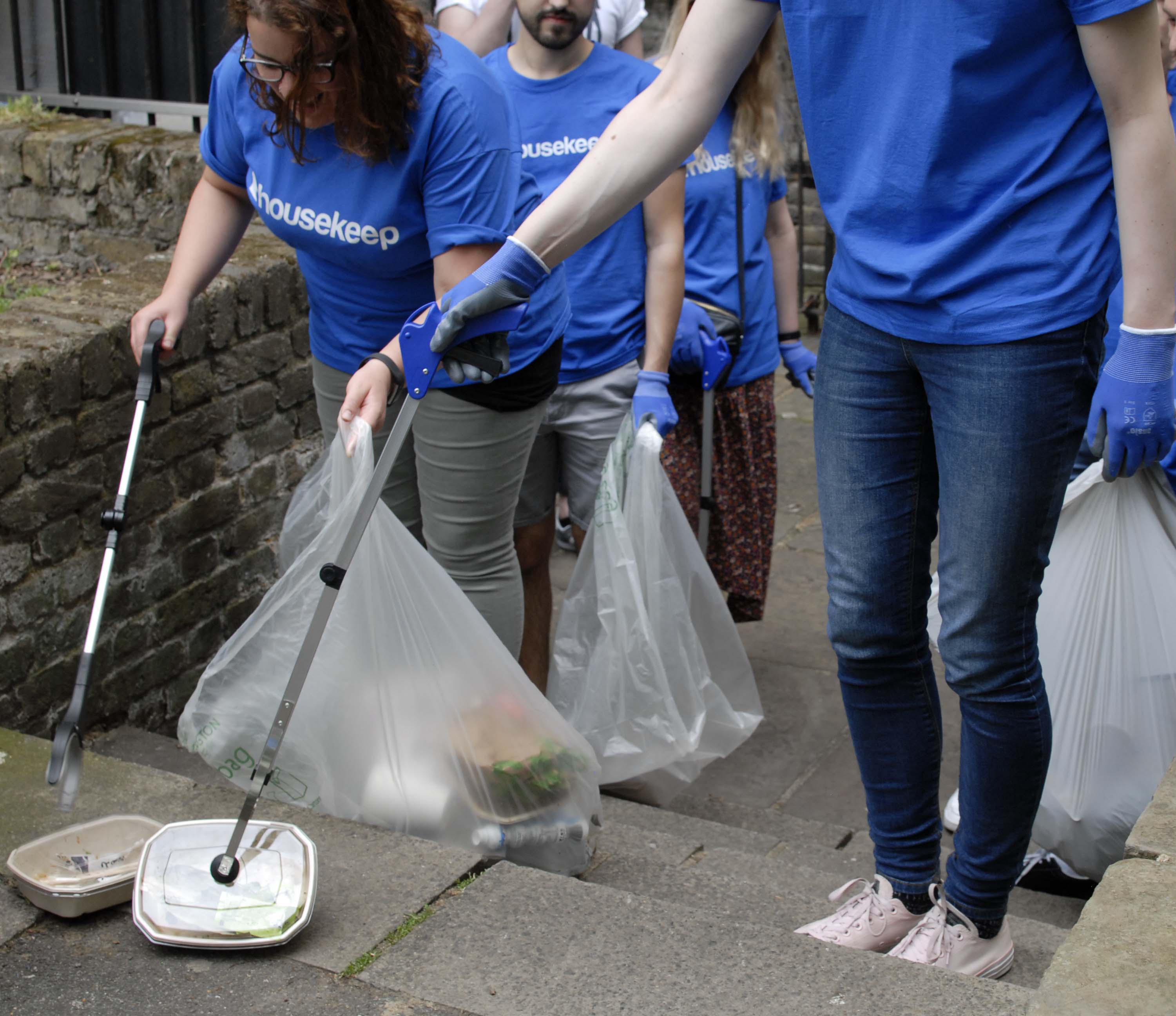 We removed old takeaway boxes that were littered across the floor outside St. James’s Church, Clerkenwell 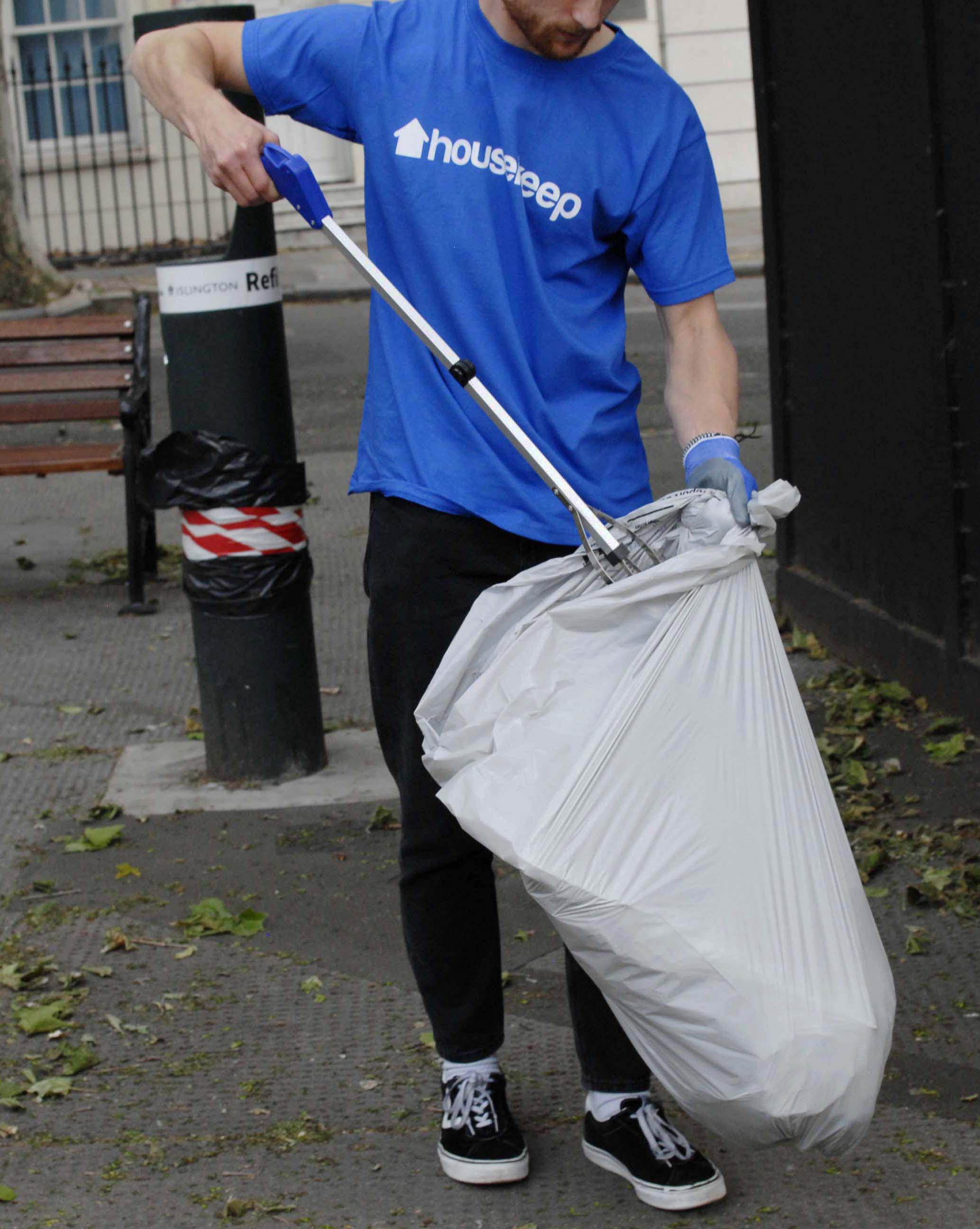 Ready to get your quote?